The Half Moon Bay Beautification Committee

The Half Moon Bay Beautification Committee consists of an all-volunteer group of civic-minded citizens. The committee's goals are to make a lasting contribution to the preservation and beautification of the town's historic Main Street, to make donations to local non-profit organizations through a grant process, to fund college scholarships for local high school students, and to provide an exceptional fund-raising opportunity to local non-profits through participation in the Art & Pumpkin Festival. 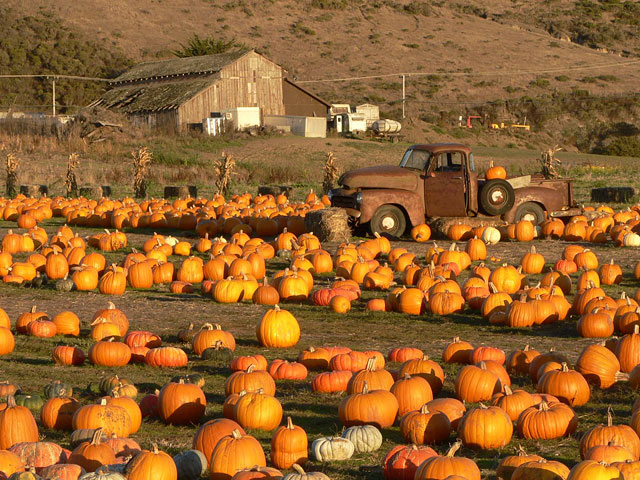 In order to raise funds for their projects, they started the Art & Pumpkin Festival in 1971. Since the festival's inception, the committee has contributed $3 million dollars to various civic projects, community service organizations and Half Moon Bay High School student scholarships. Some of the Main Street projects funded by the committee at no cost to the city have included: the renovation of City Hall, the painting of historic buildings, the installation of old-fashioned street lights and wooden benches, the underground wiring of Main Street, the planting of trees and flower beds, the construction of Mac Dutra and Kitty Fernandez Parks, and the purchase of garbage receptacles and Christmas lights. Additionally, the committee spends thousands of dollars every year in the on-going maintenance of Main Street. They plant fresh flowers, re-furbish benches, and pay someone to clean up and sweep Main Street every week.

Read more about the Half Moon Bay Beautification Committee...

Festival is a Civic Undertaking

The festival is a huge civic effort. Some thirty-five non-profit and community service groups participate in the festival by operating food and game booths. For most, the festival is their most lucrative fund-raising event of the year, enabling them to raise a substantial portion of their annual budget from the two-day festival. An estimated $500,000 is raised every year by local community service groups through food, beverage, game and parking sales at the Pumpkin Festival. By providing this opportunity for the non-profit sector, the Pumpkin Festival helps to perpetuate “giving" in the community, no small feat for a town without a base of large corporate donors.

The Pumpkin Industry on the Coast

Every autumn, thousands of Bay Area residents visit the coastside to pick pumpkins from the picturesque fields along Highways 1 and 92. More than 3,000 tons of pumpkins are grown each year by 15 or so commercial growers in the Half Moon Bay area. They ship pumpkins all over the United States and sell to many of the large retailers in the Bay Area. As always, this year there's a bumper crop.

The pumpkin boom can be traced back to growers in the area who began to plant pumpkins in the 1930's. In the early 30’s, teenager John Arata and his brother Clarence began planting pumpkin seeds to feed the family’s hogs. One day, they were hauling some of their pumpkins along Highway One back to the farm when a passing motorist stopped and asked if he could buy a few. The Arata’s sold the pumpkins for a quarter and a booming pumpkin-picking business and tourist attraction was born.