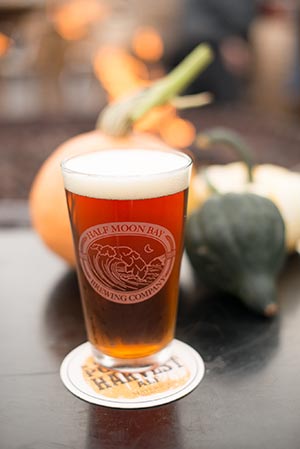 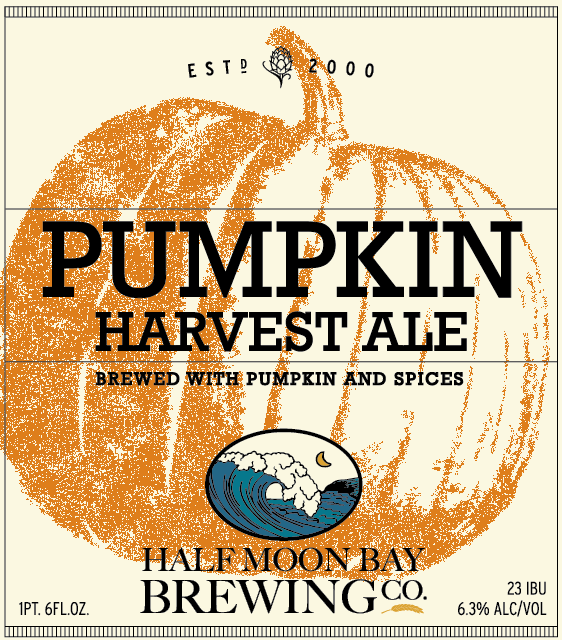 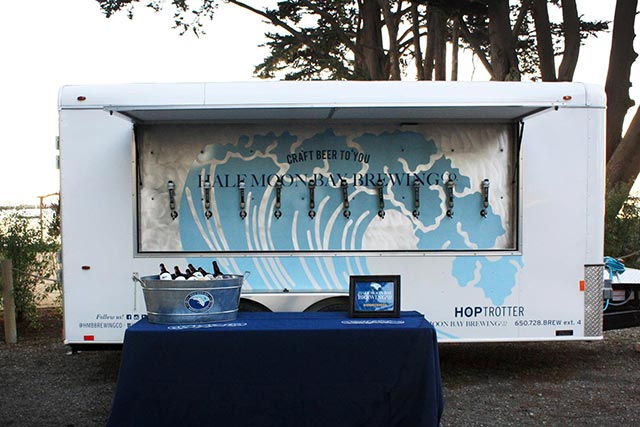 This year's festival takes places October 14-15 from 9 a.m. to 5 p.m. on historic Main Street in the World Pumpkin Capital of Half Moon Bay.

Half Moon Bay Brewing Company has been a sponsor of the world-famous Pumpkin Festival since 2005, and beer will be served from their traveling tap room beer trailer, a stand-alone refrigerated unit with ten taps.

Pumpkin Harvest Ale is a truly delicious beer based off their beloved Amber Ale. It’s made with more than 700 pounds of locally-grown, roasted and spiced Sugar Pie pumpkins added to the brew kettle. The result is a subtle pumpkin pie flavor balanced by a biscuity maltiness.

“People are really going to enjoy my twist on our one-of-a-kind amber ale as the pumpkin flavor is noticeable but subdued, so the beer is balanced in flavor,” says Costa. “We added pumpkin to both the mash and the boil, and the normal hop aroma and flavor of a typical amber ale has been reduced which allows the pumpkin character come through.”

These world-class brews will be available exclusively in the Pumpkin Festival’s “Take 5 Lounge” featuring NFL and NCAA football and MLB playoffs a giant screen LED.

The “Take 5 Lounge” is located in the Half Moon Bay Veterinary parking lot at 645 Correas Street (at Purissima). Proceeds from the festival are donated to a wide range of Coastside charities.

ABOUT THE HALF MOON BAY BREWING COMPANY

Selected as one of America's Best Coastal Breweries by Coastal Living magazine, one of America’s Best Beach Bars by Travel + Leisure magazine, and as having one of the best clam chowders outside of New England by Food Network, the Half Moon Bay Brewing Company is situated on picturesque Pillar Point Harbor overlooking the Marina in Half Moon Bay. The Brewing Company expertly pairs a family-friendly, come-as-you-are atmosphere with a winning combination of fresh, sustainable seafood, craft beers, live music and an expansive, dog-friendly patio area with blazing fire pits to keep patrons warm on the waterfront. The Brewing Company is a casual coastal venue that has become an institution in the Half Moon Bay area for locals and visitors alike since opening in 2000. With its warm, wood-toned interior, expansive windows to the ocean, and walls dotted with surf memorabilia, the 6,000-square-foot restaurant and bar is reminiscent of a typical California surf shack. Behind the restaurant lie the 1,200 square-foot Mavericks Beer Garden and on-site brewery, where hand-crafted, award-winning Beers & Ales are piped directly to the bar. Winner of a silver medal at the 2018 U.S. Open Beer Championship, a gold medal at the 2015 U.S. Open Beer Championship, a silver medal at the 2015 California State Fair, and two silver medals at the 2016 California State Fair, the Brewing Company has set the standard for craft beer in the San Francisco Bay Area for the past nineteen years.

The Half Moon Bay Brewing Company is located at 390 Capistrano Road in Half Moon Bay, Calif. The hours of operation are Monday through Friday, 11 a.m. to close; Saturdays and Sundays, 10 a.m. to close. To book a reservation, please call 650-728- BREW (2739) or visit OpenTable. Additional information may be found at http://www.hmbbrewingco.com.